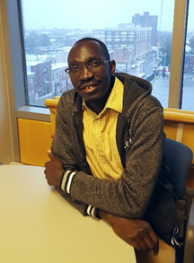 Francis Ongole describes himself as the type of person who wants to learn everything. This desire for knowledge led him first to the field of microbiology and public health then to the field of cholera, where he has been working for the last four years in Uganda to understand cholera epidemiology, outbreaks investigation and laboratory confirmation using both rapid diagnostic tests (RDTs) and the gold standard of culture and sensitivity.

"In Uganda, we have districts that have been ear-marked as cholera hot spots where year after year you would expect cholera disease outbreaks. These are mainly along Lake Albert. Due to porous borders, most of the cholera is imported and affected communities are mainly the refugees in refugee camps.” Francis is a Senior Laboratory Technologist/Microbiologist at the Uganda National Health Laboratory Services, previously known as the Central Public Health Laboratories at the Ministry of Health. He is based in the Department of Disease Surveillance and Outbreak Investigation (National Microbiology Reference Laboratory) and is responsible for analyzing disease outbreak samples to confirm outbreaks, conduct surveillance and direct response efforts.

Through a long-established collaboration between the Delivering Oral Cholera Vaccine (DOVE) Project, the Ministry of Health in Uganda, and Makerere University (based in Kampala), Francis has worked with the DOVE Project in strengthening laboratory capacity in Uganda and conducting cholera research through in-country and remote trainings. He recently traveled to Baltimore, Maryland to increase his familiarity with new technologies and equipment use in molecular characterization of Vibrio cholerae.

The DOVE Project, funded by the Bill and Melinda Gates Foundation and led by the Johns Hopkins Bloomberg School of Public Health, works to strengthen research and surveillance capacity to understand cholera transmission and inform response efforts at the country level. Under the project, DOVE hosts visiting researchers to work alongside DOVE scientists to support critical research and capacity development in cholera surveillance and laboratory techniques.

In a recent interview with Brittany Goetsch, a Program Officer on the DOVE Project, Francis discussed his work in cholera, strengthening laboratory capacities, and the importance of communication in cholera modes of transmission, prevention and control.

Francis worked alongside DOVE team members to conduct research using several analysis techniques, including NanoDrop. The NanoDrop quantifies the amount of DNA present in a sample prior to analysis in order to minimize wasted reagents and time spent on samples with insignificant amount of DNA. As Francis explained, “The NanoDrop, which I didn’t have in my lab, was something new, and through that I’ve managed to find out the concentration of DNA in the various samples I analyzed.” This has implications for the sensitivity of testing. A negative result could be correlated to a low DNA concentration in a sample. The ability to accurately identify cholera samples is critical in confirming the presence of cholera disease outbreaks and directing response efforts, and can be impacted significantly by the quality of samples and use of standard operating procedures. 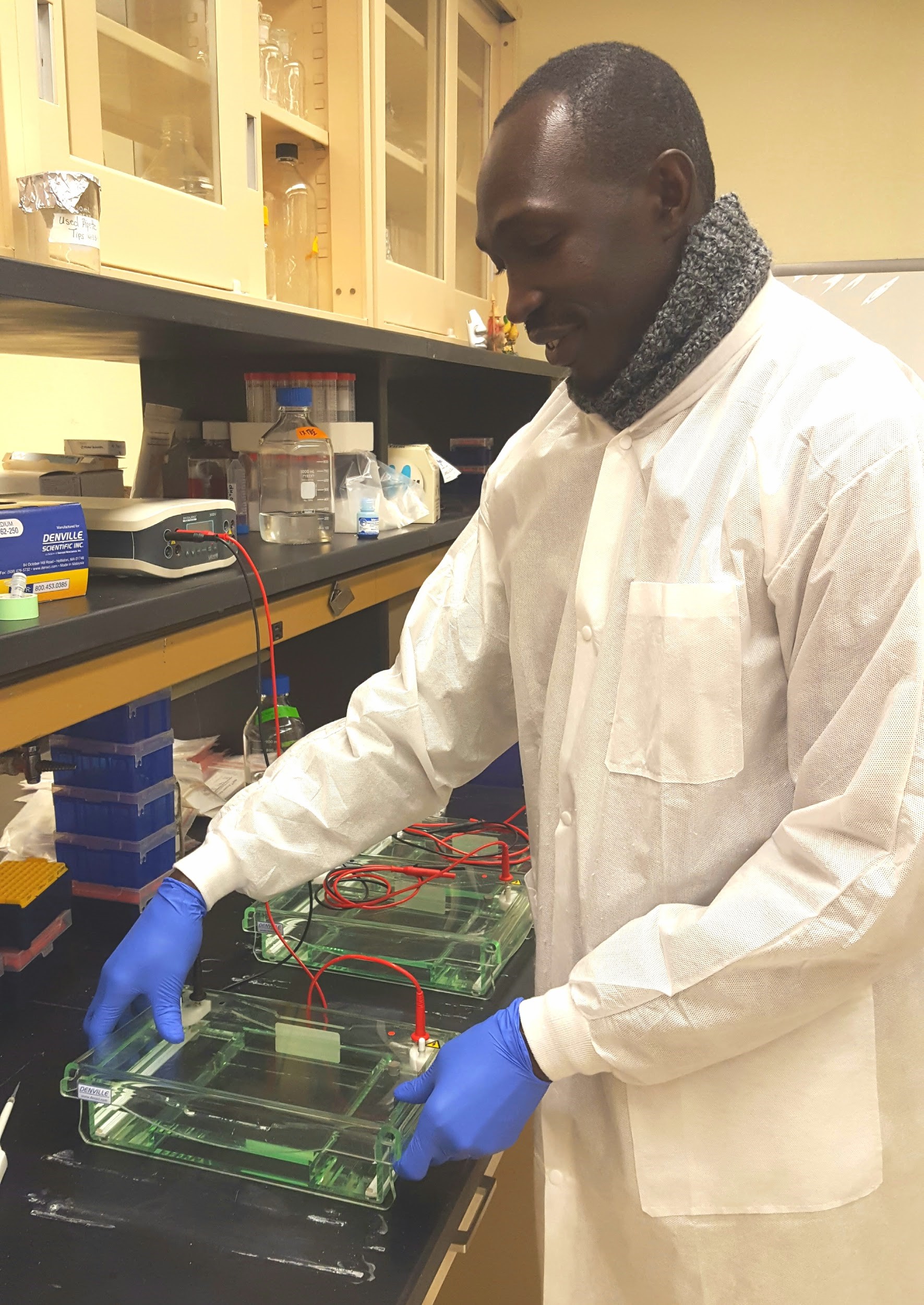 Through his time in Baltimore with DOVE, Francis appreciated the importance of adherence to standard operating procedures in test performance, best practices and observance of safety issues, especially when it comes to disposals of generated wastes (e.g. gels) used in analysis, as well as the potential possibility for contamination in both molecular and microbiology labs. According to Francis, “molecular and microbiology lab processes are very sensitive when it comes to contaminations, and one has to follow the standard operating procedures.” Francis commented on how he observed an extensive protocol of how to dispose of waste, and separate materials being thrown away based on chemical composition to reduce potential exposures. He is excited to return to Uganda and share with his colleagues about how it is “paramount to look at every step,” and adhere to standard operating procedures, including infection control and waste disposal. Francis also discussed important aspects of cholera prevention, including ensuring that people understand the prevention measures.

Francis mentioned how cholera is a preventable disease, but that in order for prevention to be effective, people need to understand the messages that are being communicated. He commented that “[as scientists] we might use our scientific, very complicated words, but this communication needs to be simplified to the simplest way so that anybody can understand, practice, and use it.” The engagement of communities is important so that “each family is playing their part to mobilize their neighbors.” Francis commented that the “cases we’re hearing about are not within communities where vaccination has been done, but from newcomers (refugees) and those that perhaps have not received the vaccination, so to me, a knowledge gap, poor hygiene practices and unimplemented WASH programs have been a major challenge.” As he says, “Knowledge is power, knowledge is strength,” and filling that knowledge gap and empowering the community will impact cholera morbidity and mortality in Uganda.